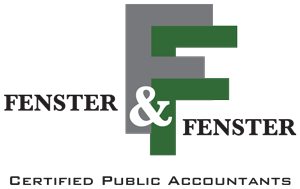 Established in 1958, Fenster and Fenster CPA’s is a dynamic Accounting firm providing a variety of professional services including tax planning and preparation, consulting, business advisory, and full service accounting.   Since 1958 we have provided these services to small and medium sized businesses as well as individuals.  Our longevity has allowed us to service second and third generation businesses.  We have established strong personal relationships with our clients.

Gary joined the accounting firm in 1979. He earned his Bachelor of Science Degree - Cum Laude - in accounting from California State Polytechnic University, Pomona. After taking the CPA exam, Gary was one of the small percent who passed all four parts of the exam on his first attempt. In 1981, he received his CPA license in California and is a member of the California Society of CPA's and has been an active partner since. His primary area of practice involves all types of business accounting and taxation including: individuals, corporations, partnerships, LLC's, and trusts. Gary also provides business consulting services, financial statements, and experienced audit representation before all governmental tax agencies. His practice also emphasizes timeliness, accuracy, and reasonable fees. Gary strives to increase his clients' net worth. He is a lifelong resident here in the Inland Empire and shares his time with his family and friends.

Jon Fenster is a partner in both the Inland Empire and Orange County offices.  He earned his Bachelor of Science degree in Accounting from California State Polytechnic University, Pomona and is licensed as a CPA in California.  In 1985 Jon began his career at KPMG in Orange County California and performed supervisory services in many industries.  In 1988 he joined Fenster and Fenster CPA’s and became a partner in 1990.  His primary area of practice is taxation including all business entity types as well as individuals and trusts.  Jon also provides accounting and consulting services to business clients.   Jon is a member of the California Society of CPA’s, Citrus Belt Chapter of the California Society of CPA’s and serves on the Advisory Committee for Security Bank of California.  He enjoys golfing, snow skiing, traveling and spending time with his family.  Jon enjoys assisting clients and looks forward to a long and mutually beneficial relationship with all his clients.

Laura joined the firm in 2011 and works in taxation and client services.  She earned her BS in 1987 from California State Polytechnic University, Pomona.  She has been licensed in California since 1990.  Laura began her career with KPMG in Orange County California.  She was a supervising senior with supervisory responsibilities in many industries including manufacturing, publications and real estate.  In 1990 she became the Controller for Pacific Coast Brush Company, a Division of Flo-Pac Corp. and in 1992 became their Vice-President –Treasurer.  Laura was the Founder of the Orange County Woman’s Society of Certified Public Accountants, volunteered as Treasurer for various PTA Associations and the Redlands Bowl Associates.  She is currently serving on the RCMA Advisory Board.

Krista Vigna joined the firm in 2013. She earned her Bachelors of Business Administration degree in Accounting from Andrews University and her Masters of Business Administration in Finance from La Sierra University. Krista has worked in the field of public accounting for over fifteen years providing tax services to individuals, trusts, and all types of business entities including, C and S corporations, partnerships, LLC's, multi-state businesses and non-profits.

In 2012 Krista joined Cal State University San Bernardino as an adjunct professor teaching taxation courses. Krista is a CPA licensed to practice in California and New Mexico, and is a member of California State Society of CPA’s.